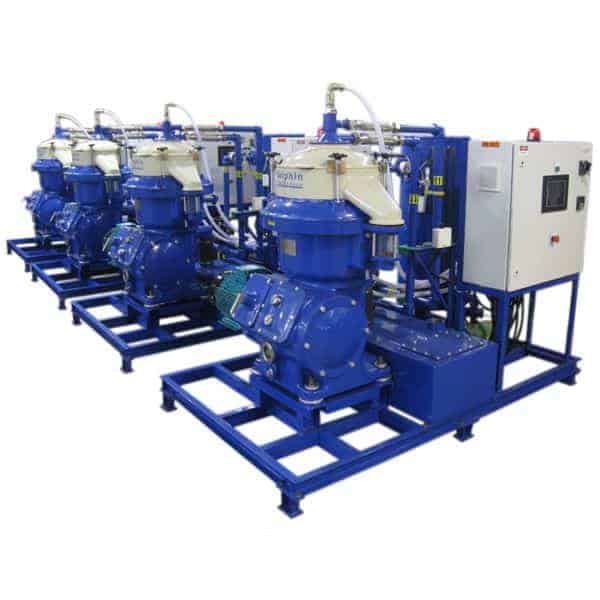 Used Engine Oil – What is it? Where Does it Come From?

Hence, the oil is periodically replaced to prolong engine life and prevent breakdowns. The oil that is replaced is then referred to as used engine oil.

Used engine oil has several use cases in its afterlife, including serving as a fuel source or feedstock for producing fresh lubricating oil.

When used as fuel, used engine oil is burnt as heating oil in residential and commercial heating. It is a low-cost heating source, especially for producers of such oil.

Diesel fuel blended with used engine oil produces ‘black diesel’. Black diesel can often be used as fuel, even in engines that operate on straight diesel fuel. Engine manufacturers allow a certain percentage of blended fuel in their engines. This blended fuel does not affect the manufacturer’s warranty under certain conditions.

Furthermore, after being purified and distilled, used oil from engines can be used as feedstock for fresh lubricant manufacturing.

Contaminants in engine oil can take the form of either liquids or solids. The liquid contaminant could be water or glycol from the automotive engine coolant. Condensation in storage tanks can also introduce water (moisture) to the oil.

What are the sources of heavy metals and ash in used engine oil?

The most prominent example of a non-metallic engine oil contaminant is ash, a carbon-based particle generated as a by-product of combustion. Ash suspended in used engine oil causes the color of the oil to appear black.

Heavy metals present in fuel are major sources of metallic contaminants in engine oil. Heavy Fuel Oil (HFO) is the fuel of choice in large engines due to its low cost compared to diesel. HFO has high levels of heavy metals such as Chromium, Vanadium, Nickel, and Lead. These heavy metals can easily contaminate the engine lubricating oil.

The other source of heavy metals in engine oil is metal wear particles. As engine bearings and other parts wear due to friction, they release metal particles into the engine lube oil.

For example, the following table compares the metal content in virgin engine oil to used engine oil from marine engines.

Water removal is necessary for several reasons. Used oil with water reduces the sale value of used oil as fuel. The presence of water hampers the processing of used oil for lubricant feedstock. Used oil emulsion is caused by water and is not desirable for many reasons.

Removal of heavy metals and ash from used engine oil is essential for the following reasons.

When used engine oil is burnt as fuel, it releases heavy metals into the environment through combustion gases. This is a cause of environmental air pollution.

Air polluted with heavy metal compounds is detrimental to health. Polluted air introduces toxic metals into the oceans, which affect marine life. Soil and groundwater contamination is also a direct result of this pollution.

A disc-stack centrifuge exerts a centrifugal force of up to 10,000 g on the process fluid. In the case of used motor oil, this force is sufficient to extract fine metal and carbon particles from the oil.

Under this force, the heavier metal particles get pushed outward toward the centrifuge bowl wall. The ash particles flocculate to form bigger solids that separate under the high g-force.

Oil centrifuges are also uniquely equipped to handle the three-phase separation. The centrifuge can separate the water phase from the used oil while simultaneously removing any solid contaminants. The separated water discharges through a discreet heavy phase outlet on the centrifuge.

Temperature
Oil temperature is inversely proportional to the viscosity of the oil. Thus, the hotter the oil, the lower the viscosity. Low-viscosity oil offers less resistance to the ash and metal particles from moving out of the oil.

Oil temperature can be raised by adding an inline heater to the centrifuge system. This is in addition to the customer’s heated tanks.

Flow-rate
Flow-rate of the used oil through a centrifuge is inversely proportional to retention time. Retention time is the duration each particle of used oil is exposed to the high centrifugal force.

Thus, the lower the flow rate, the higher the retention time, which leads to better separation efficiency.

Specific Gravity Differential
A disc stack centrifuge magnifies the difference in specific gravity between phases. This magnification causes accelerated separation of the phases. So, the heavy metal particles separate from the oil more quickly than the lighter ash particles.

They processed the used oil using filters and heating it to boil off the water. They then vacuum-distilled the cleaned oil to produce lube oil feedstock.

The company faced many challenges while using this process. Listed below are some of these challenges.

The company contacted Dolphin Centrifuge to conduct a pilot-scale test on their used engine oil. We processed a small (< 1 gallon) sample through our pilot-scale disc centrifuge.

The customer then analyzed the clean oil sample from our test. There was a significant reduction in the used engine oil's heavy metal and ash contamination.

Dolphin Centrifuge recommended an oversized centrifuge. This was based on the flow-rate reduction required for ash removal. The following table summarizes the technical specifications of the centrifuge supplied by Dolphin.

The centrifuge system supplied by Dolphin Centrifuge produced the following results on used engine oil purification at the customer site.

Using a disc stack centrifuge to remove heavy metal and ash particles from used engine oil is efficient and cost-effective. This method is especially suitable for the large-scale processing of used engine oil.

To know more about Dolphin Centrifuge, visit our About Us page.